No, Take-Two hasn’t banned mods in GTA V, despite what the internet might have you believe. The reality is much more complicated, but folks are naturally inclined to jump to conclusions.

The furor over Take-Two’s actions lately revolves around a modding client called OpenIV, which has been a go-to modding tool for folks wanting to change things up a bit in GTA IV, GTA V, and Max Payne 3 for about a decade. If you aren’t familiar with it, think of it like an unofficial version of Creation Kit and Bethesda.net’s mod loader and launcher, all rolled into one. I’m no expert, but that’s the best analogy I could think of. Feel free to correct me if I’m wrong.

So why would Take-Two shut down one of the most used modding toolkits for their most popular game?

You see, OpenIV is a tool that could allegedly be used to create cheat mods for GTA Online, Grand Theft Auto V‘s online multiplayer component. As you can imagine, Take-Two has a vested interest in making sure that GTA Online functions without cheaters ruining the experience for everyone. Are they bad at their jobs? Yes. GTA Online is rife with cheaters on not only the PC version of the game, where cheating is easier, but also on the console versions.

However, OpenIV has been designed to only be used for the offline portion of GTA V. Of course, that won’t stop people from finding ways to leverage OpenIV for their own nefarious goals of griefing others and cheating online.

Microtransactions have existed for a long time now in GTA Online, and I’d venture a guess that the a major factor for why OpenIV has been shut down has something to do with microtransaction sales being affected. After all, why would a player spend $100 on a Megalodon Shark card for $8,000,000 in-game dollars, when they could just give themselves all the money they want?

On the less conspiracy theory-minded side of things it’s entirely possible, and likely, that Take-Two is more concerned about providing a regulated multiplayer experience than they are about their customers not giving them enough money. The fact of the matter is that whether the multiplayer component being riddled with cheaters is driving away customers, or cheating is simply making it easier for players to not buy Take-Two’s ridiculously priced Shark cards (it’s probably a combination of both), it’s Take-Two’s bottom line that they’re worried about.

The Meat Of The Matter

The issue at hand isn’t whether or not OpenIV can be used to create GTA Online mods though. The issue is that OpenIV has been widely used as a tool in the creation and use of mods for Rockstar games for some time, without any problems arising. Why, suddenly, Take-Two decided to pursue action against the modding tool creator is unknown for the most part.

Rockstar’s own statement on the matter is fairly vague, stating:

“Unfortunately OpenIV enables recent malicious mods that allow harassment of players and interfere with the GTA Online experience for everybody. We are working to figure out how we can continue to support the creative community without negatively impacting our players.”

No specific examples of harassment or interference in the GTA Online experience have been given, and it remains to be seen if OpenIV being shut down will even make a positive difference.

The question is: Why now? What makes OpenIV such a threat now? What changed? What’s in place to stop other modding tools from being used for the same ends? Unfortunately, it appears that answers come at a premium. Take-Two and Rockstar have remained mum on the subject, offering little justification for this recent action against the modding community.

Something to keep in mind however, is that modding for GTA V isn’t dead, it just sustained a heavy blow. Unfortunately, it also sets a precedent for other similar tools to suffer the same fate. If cheaters attempt to repurpose single player mods for use online, then it might result in those mods being struck from the game, and more creators being issued cease and desist orders.

To me, it just seems like Take-Two is lashing out at the first people that they can lay blame on for their game being riddled with cheaters. Perhaps the long history of GTA Online being plagued by cheaters is finally coming to a head. Maybe this is their first major attempt to show that they’re taking the issue seriously.

Regardless of their reasons, Take-Two would be daft to go after the community that created the demand for the game on PC. Sure, there were people that just wanted to play the game on their computer, but if you ask any gamer about the benefits of playing games like Grand Theft Auto V on the PC, I guarantee you that a large majority of them would give a similar answer: mods.

Obviously, Take-Two didn’t intend to generate bad press for themselves. I also doubt that they want to be seen as hostile towards their own modding community. It’s hard to ignore that their actions do seem rather malicious. Maybe once Take-Two is tired of bleeding through the bullet wound in their foot, they can take some time to repair the damage they caused.

Update: Rockstar has released a statement regarding the takedown of OpenIV:

What are your thoughts on the issue? Time for discussion! 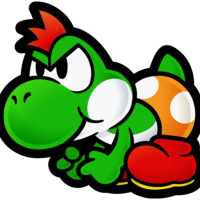 Nonsensical Ramblings: My Thoughts On Gaming

A bunch of nonsense about all things gaming!

A Journey Through A Gamer's Life